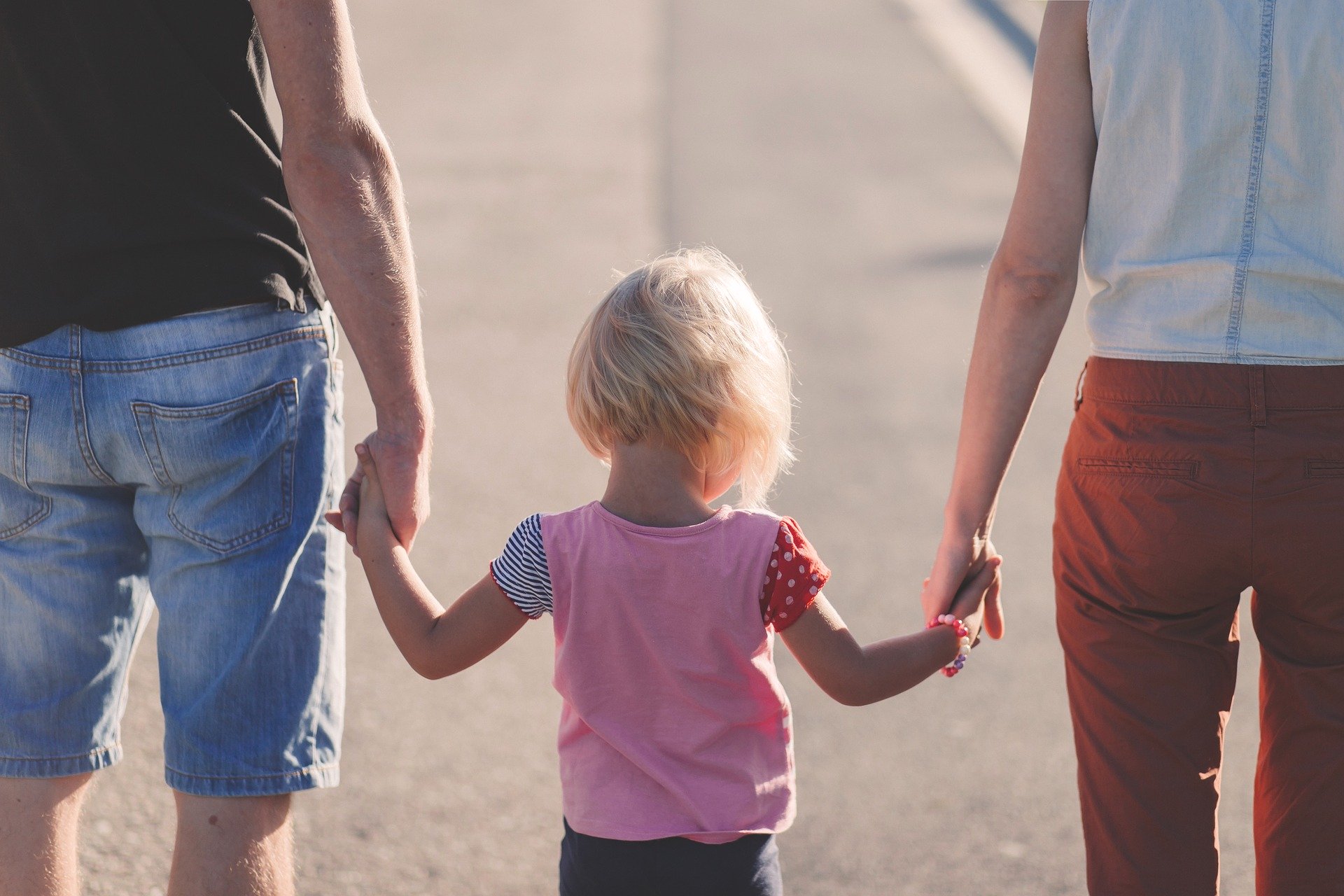 The Plenary of the General Council of the Judiciary has published the guide to criteria for action in matters of shared custody in order to facilitate decisions regarding the custody of minor children in processes of separation, divorce or break-up of a couple.

The text, promoted by the Equality Commission, has been produced by a multidisciplinary group of experts in family law from the judiciary, the Public Prosecutor’s Office, specialized lawyers and institutes of legal and forensic medicine.

The Guide, which is over 400 pages long, is based on a thorough review of case law on custody. To this end, the jurisprudence of the Supreme Court has been analysed separately); the jurisprudence emanating from 103 judgements handed down by the higher courts of justice of those Autonomous Communities that have their own civil law on family matters (Aragon, Catalonia, the Basque Country and Navarre); and the jurisprudence of the provincial courts of Albacete, Barcelona, Caceres, Coruña, Granada, the Balearic Islands, Madrid, Malaga, Murcia, Navarre, Santa Cruz de Tenerife, Seville, Valladolid, Valencia, Vizcaya and Zaragoza.

Among other issues, it is established that an urgent reform of the legislation would be necessary in order to clearly regulate shared custody; specialization in family matters of judicial bodies in first and second instance and improvement in communication between family courts and criminal courts to guarantee the safety of minors in cases of domestic or gender violence.

The guide proposes the following amendments:

– Specialization in family matters by judicial bodies at first and second instance. This specialization should be accompanied by a reform of the judicial system, the creation of specialized sections within the Public Prosecutor’s Office and appropriate and mandatory training for all judges who have to deal with family cases in disciplines such as psychology or sociology, among others.

– The need for a reform of the law to clearly and completely regulate shared custody. With the establishment of guidelines that make it possible to establish the most appropriate type of custody in each case; to regulate cases of change in the place of residence of the parent assigned custody of the children (individual or shared); to improve and complete the regulation on the payment of maintenance and expenses in general, as well as on the destination to be given to the dwelling that constituted the family home after the break-up.

– Establish the obligation for the parties to a family process to provide a parenting plan that specifically and precisely regulates the way in which the parents propose to organize the care and attention of the children.

– To alleviate the existing legal vacuum in relation to the execution of family sentences, with a clear and complete regulation.

– Improving communication between family courts and criminal courts to ensure the safety of minors in cases of domestic or gender-based violence.

Criteria for the adoption of the custody model

In establishing the criteria that judges must evaluate, the Guide starts from two basic premises:

– Shared custody should not be understood as an arithmetical distribution of the time that the children live with each parent, but as an effective exercise of responsible co-parenting. The objective is not to share time equally, but rather to equalize the dedication to the children in terms of time and effort, and to create an emotional bond that allows the children to maintain both their maternal and paternal reference.

– No one custody model is better or worse than another by nature. The custody regime should be determined in each individual case after a detailed examination of the specific and particular circumstances of each family group and taking into account these particular circumstances only. In any case, general or stereotyped positions on the different custody models should be avoided.

Based on these two basic considerations, the Guide gives a series of recommendations to judges who must decide on custody arrangements. Among them, they highlight the need to give the children’s hearing the relevance that is recognized in domestic legislation and international treaties; to banish previous personal positions on “the best model” of custody; try to find out the reasons behind the parties’ requests for custody, ruling out those that are motivated by reasons other than those strictly linked to the care and attention of the children, or to assess the attitude of each parent when it comes to assuming their responsibilities, their willingness to reach agreements with the other parent regarding the children and their ability to keep the children out of the couple’s conflict.

Custody in situations of gender or domestic violence

The Guide includes a specific chapter on custody in cases where violence against women or children has occurred.

After analysing both the regulations and the case law in this area, the text calls for the urgent need to improve coordination and the system for exchanging information between the judicial bodies that handle civil procedures for separation, divorce or separation from a partner in cases of gender violence and those that handle procedures of a criminal nature.

The current disconnection between the two judicial bodies, the Guide notes, means that in civil cases (where the couple’s separation is resolved) there is usually no record of what happens in criminal cases and vice versa. As a result, decisions handed down in civil family proceedings are incomplete without information on the progress of the criminal proceedings, which is essential for adapting measures relating to child custody and avoiding situations that increase risk. Likewise, the dismissal of the criminal case or its termination by an acquittal should be known in the civil sphere so that measures of this nature that have already been adopted on a provisional basis can be adapted to the new situation.

The Guide proposes the establishment of a unique identifier for each family unit throughout the territory. This would be a system similar to that of medical “medical records” to which judicial bodies could have access, subject to the necessary measures for the protection of personal data. In this way, all the necessary information would be available to the bodies that have to make decisions on the custody of children.

Other improvements proposed by the Guide refer to the extension of the competences of the courts specialized in violence against women to all cases of gender violence, as well as to the legal clarification of the criteria of competence at the State and international level – when the criminal body should act and when the civil body should – and the facilitation of conflicts of competence through the creation of urgent decision making bodies in the deaneries.

The Guide also contains a series of specific criteria that must be taken into account when deciding on custody when situations of violence within the family have occurred. These criteria include the following:

– The interest of the child is always the priority, and therefore all decisions must be made in accordance with the circumstances of each particular case.

– A situation of high conflict in the couple should not be confused with situations that can be properly described as gender violence or family violence.

– According to the evolution of the jurisprudence of our Supreme Court, the mere existence of a complaint of gender violence is not sufficient to deny the possibility of shared custody.

– It is important to verify the existence of a real capacity in the parents to establish reasonable communication between them, since shared custody requires more fluid communication than individual custody.

– If there is a situation of structural violence, joint custody will be excluded even if there is no final criminal conviction.

– If the child has witnessed the reported events, there is no reasonable justification for establishing or maintaining shared custody, as there has been an attack on the child’s moral integrity and personality development.

– The assessment of the protection order following a complaint must also exclude the possibility of shared or exclusive custody being granted to the person under investigation.

– The hearing of the children before the decision is taken remains essential, as it is a right recognized by both international and domestic law.

In any case, the study of the judgements has made it possible to conclude that what is preferable is the individual examination and decision in each case. It is important that the decisions assess the age of the children and that expert reports made in both civil and criminal cases are taken into account.

Another of the essential questions that the judicial body must face in the face of a possible situation of gender violence or family violence is whether to suspend or maintain the visiting regime and, in the latter case, to establish measures of restriction or control. Among the criteria proposed in the guide for resolving this issue are the seriousness and repetition of the facts reported; whether or not minors have been used as an instrument to exercise dominion and violence over women; the presence or absence of children in the facts under investigation; the father’s attachment to the children; and the son’s or daughter’s opinion.

When restrictions are to be placed on communications with children because of the assessment of signs of violence, control and follow-up measures must be taken after the sentence is passed. In this regard, the Family Meeting Points are important, and the Guide indicates that they should be sufficiently numerous and provided with the necessary personal and material means.

If you are facing a process of separation or divorce with children and/or want to review the custody regime applied in your regulatory agreement, please consult our office. We will be pleased to give you personal advice.